Infrared thermal imaging scans can easily verify insulation inside walls and ceilings, as a result the the camera will reveal where there is missing, settled, or wet and damaged insulation. As an added benefit, when we scan your home, we can also identify where cold air is coming through your walls.

Thermal imaging can help detect current home problems, assist in determining corrective action and potential costs, and provide you with the information you need to make improvements that will cut down your energy bills, making your home as efficient as possible.

Realizing that thermal imaging can show you real-time images of exactly where you need to spend your money and resources, make an infrared home inspection very appealing to knowledgeable home owners. 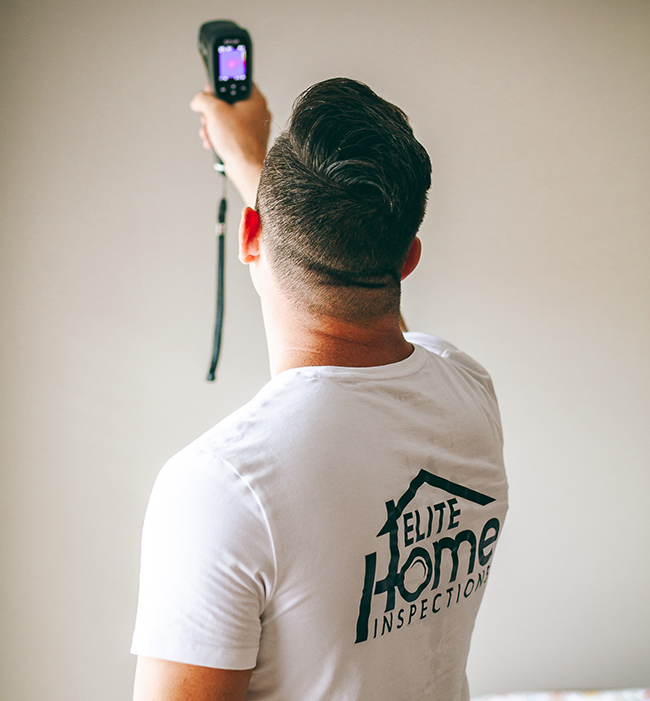 Heat can be described as the energy associated with the random and chaotic motions of the atomic particles from which matter is composed.

Heat transfer can occur by conduction, radiation, convection, or a combination of these. When a surface is heated, there is an increase in energy of the atomic particles leading to a corresponding increase in temperature and emitted energy. The chaotic thermal agitation of atomic particles produce a form of radiant electromagnetic energy known as infrared radiation (that is, radiation of frequencies beyond red). All materials (hot or cold) contain heat and radiate infrared energy.

The thermal imaging camera has a lens which focuses on the infrared light being emitted by the object camera the is pointed at. The camera typically has a phased array, which will detect the infrared elements and depict them as a thermogram.

The thermogram is interpreted by the circuits in the camera and transmitted to the display. Most cameras can display in black and white (grayscale) or in colour (rainbow) depending on the settings the operator chooses.

Infrared cameras scan at a rate of 29 to 31 times a second and can read temperature from minus 20 degrees C to over 2000 degrees C. These cameras can detect a change in temperature as small as 0.2 C. 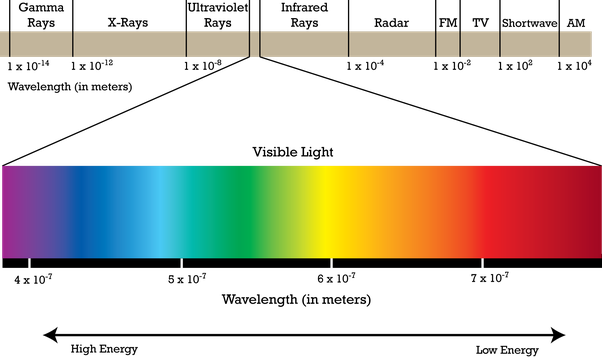 Light is basically divided into two categories for the purpose of thermal imaging, visible light and invisible light. There is an almost infinite range of light beyond human range of vision. Light, as described in physics, is an electromagnetic wave that propagates through space at a fixed speed. This wave is further identified by its wavelength, frequency and energy. As displayed in the image, the actual wavelengths visible to the human eye is quite small.

Although most moisture problems are visible there are times where an area may have been repaired but there is still a minor leak, which has not become visible, this is where a thermal image scan will detect hidden moisture.

Thermal imaging can identify moisture intrusion in ceilings, windows and walls, as well as wet insulation caused by roof leaks. This is especially valuable on Commercial Roofs as water penetration can be detected prior to actually leaking into building. Hot spots in electrical equipment can also be detected by professional use of Thermal Imaging camera

Our inspections are risk-free, offered with a 30-day money-back guarantee - the only company in the Georgian Triangle to provide this guarantee!

Learn More About Our Standards & Ethics 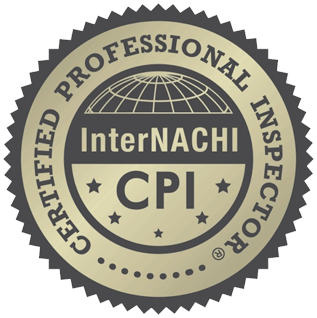 Elite Home Inspections is available 7 days a week. Call or email today to get started!